The British aircraft engine maker will commit at least £150m to a new test facility in Sinfin, Derby. Securing highly skilled jobs in the area for the foreseeable future. 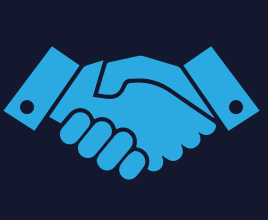 Rolls-Royce make a substantial commitment to post-Brexit Britain with plans for its biggest single investment into the UK in more than a decade. The British aircraft engine maker will commit at least £150m to a new test facility for large civil turbines at its historic site in Sinfin, Derby. The investment, which will also include new manufacturing and maintenance capacity, will secure thousands of highly skilled jobs and ensure that Derby remains a centre for development of future large aero-engines.

The investment comes as part of a landmark deal with unions, struck after months of negotiation. Unions say the initial investment could be followed by significantly more in future. “This is a once in a generation investment,” said Simon Hemmings, Unite’s chief negotiator for Rolls-Royce staff at Derby/Hucknall. “It will secure jobs for 20 years.”

The news is excellent for Derby’s property market, the investment from one of the city’s largest employers will help to secure demand for good quality housing stock in the area for years to come.

On a national level, It is also a good sign that the post Brexit Britain doom and gloom stories are looking like they may just be a political smokescreen. Derby is taking steps to secure its future, we hope to see commitments like this from other large employers to restore certainty in the UK as a whole.